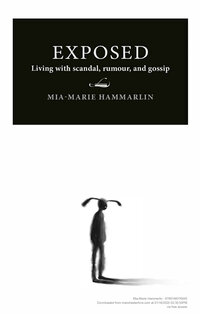 This book illuminates the personal experience of being at the centre of a media scandal. The existential level of that experience is highlighted by means of the application of ethnological and phenomenological perspectives to extensive empirical material drawn from a Swedish context. The questions raised and answered in this book include the following: How does the experience of being the protagonist in a media scandal affect a person’s everyday life? What happens to routines, trust, and self-confidence? How does it change the basic settings of his or her lifeworld?

The analysis also contributes new perspectives on the fusion between interpersonal communication that takes place face to face, such as gossip and rumours, and traditional news media in the course of a scandal. A scandal derives its momentum from the audiences, whose engagement in the moral story determines its dissemination and duration. The nature of that engagement also affects the protagonist in specific ways. Members of the public participate through traditional oral communication, one vital aspect of which is activity in digital, social forums.

The author argues that gossip and rumour must be included in the idea of the media system if we are to be able to understand the formation and power of a media scandal, a contention which entails critiques of earlier research. Oral interpersonal communication does not disappear when new communication possibilities arise. Indeed, it may be invigorated by them. The term news legend is introduced, to capture the entanglement between traditional news-media storytelling and oral narrative.