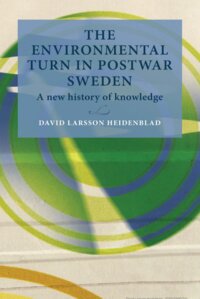 The Stockholm Conference of 1972 drew the world's attention to the global environmental crisis, but for people in Sweden the threat was nothing new. Anyone who read the papers or watched the television news was already familiar with the issues. Five years early, in the summer of 1967, the situation was very different. So what happened in between? This book explores the 'environmental turn' that took place in Sweden in the late-1960s. This radical change, the realisation that human beings were in the process of destroying their own environment, had major and far-reaching consequences. What was it that opened people's eyes to the crisis? When did it happen? Who set the ball rolling? These are some of the questions the book addresses, shedding new light on the history of environmentalism.